Now I realise that projections are not predictions, however, those produced by Statistics New Zealand are the best that we have for planning purposes and therefore should display some degree of reliability. An interesting exercise is to examine any trends in the projections over time, as I have attempted to do in the chart below (Fig.1).

For the past 10 years, at least, New Zealand’s population has not been tracking the median variant projection and the future projections certainly seem to display continued upward revision in long term population size. Therefore a population of 7 million seems a much less unlikely possibility than is otherwise indicated by Statistics New Zealand. 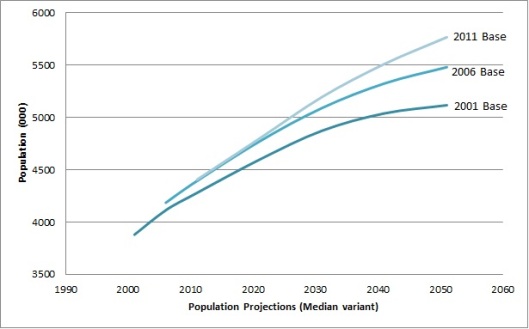